Islamophobia on my doorstep – how long till it knocks on your door?

Islamophobia on my doorstep – how long till it knocks on your door?

Whenever I witness the reporting of a terror attack, racial or Islamophobic slur, I remind myself this is rare and exaggerated by the media. I remind myself that I live in Britain and have nothing to fear. This is a liberal democratic society, and London is the most accepting and cosmopolitan city. But every day, the Islamophobia, terror and division seems more imminent, and as a Muslim I feel more isolated from what I call home.

Yesterday morning my Mum and her friend (both of whom wear a Niqaab, a veil worn over the face), were violently attacked by a white man in Newham, Plaistow, as they were going home after a school run. The man came with four other men who with cowardice sat inside the car watching the attacker, who after questioning their choice to cover their faces retreated to violence as my Mum’s friend explained that she covers because she is a Muslim. As she defended her choice to wear Niqaab, the attack became increasingly violent; the embracing of freedom of speech was responded to with punches. Whilst one woman was beaten, the other was screaming for help. Though Muslims and Non-Muslims came to help them, and though since the attack there have been a significant increase in the number of police in the area, it still seems unbelievable. Unbelievable that, in one of the most diverse boroughs in London, a place where there are many Muslims, this could happen.

Our communities seem increasingly divided and our media more right wing, Islamophobic, and xenophobic, denouncing their liberal, democratic roots. And it seems that what Tennessee Williams described as ‘’the present plague of violence and horror in this world and the time we live in’’ in 1957 sounds no different to the world we live In today. The reality is that there is collective hate and violence that is going unnoticed in our community because there is selective reporting by our media. Grassroot communities like ours face government neglect and, as minorities, our rights and voices are being diminished. Our only solution is helping ourselves, by uniting and pressuring the government and metropolitan police because ultimately, they should exist to serve us.

It is as Marianne Williamson wrote; ‘’We are powerful beyond measure… [and our] playing small does not serve the world’’, we cannot brush off Islamophobia as if it is normal because it has become frequent; we cannot tolerate hate because we are a minority. Let’s use our individual voices and roles within the community to form a strong, collective effort, because we cannot rely on the government and police alone. While we can report to the police, MEND, your local MP; it is vital that we build relations with our community. Petition for more CCTV in public areas, create a neighbourhood watch, form closer links with the police and educate your community about diversity. Clear any misinterpretations of Islam. The abuse these two innocent women faced was only halted when the public responded to their cries for help. Let that be an example for what we must do other than reporting crimes, we have to learn to love and help each other. We have to counter hate through collective means. 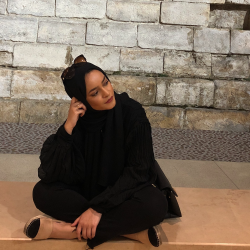 Majida Begum is a Muslim student living in London, aspiring journalist, interested in politics and building community cohesion through integration to counter Islamophobia and division.